All images courtesy of A.I.R. Gallery 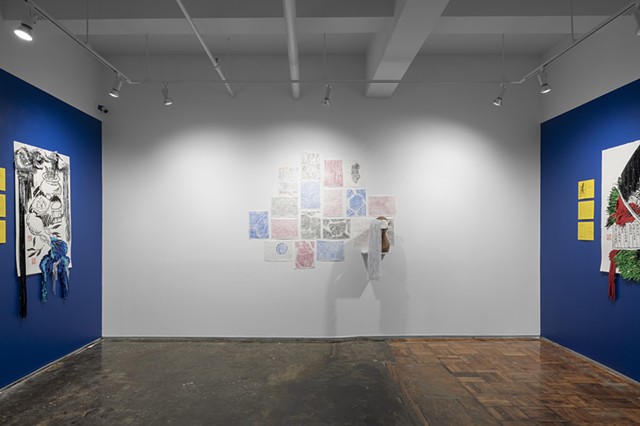 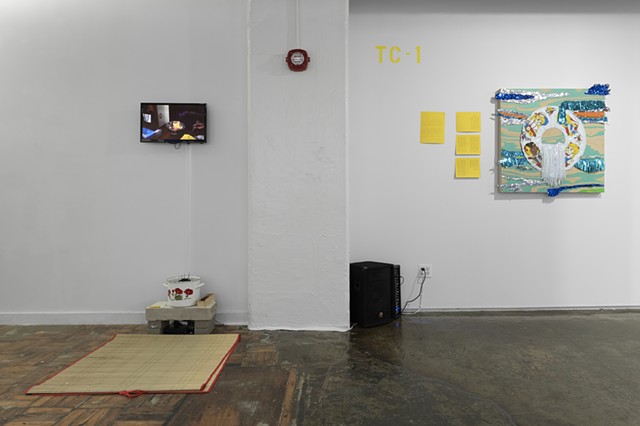 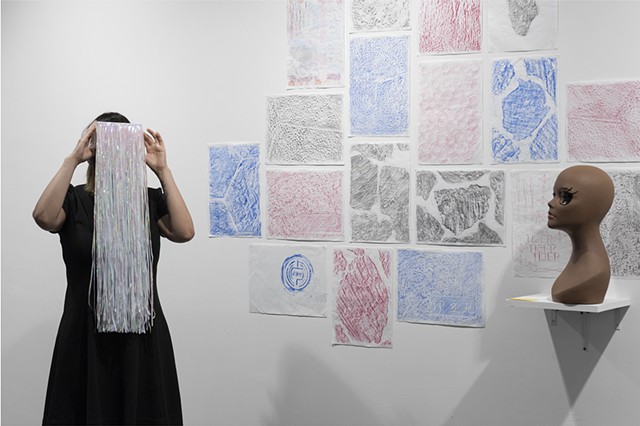 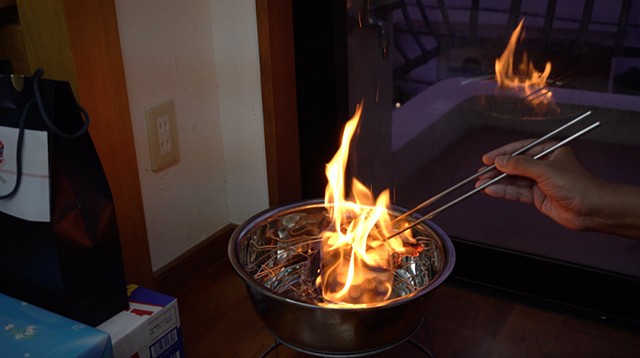 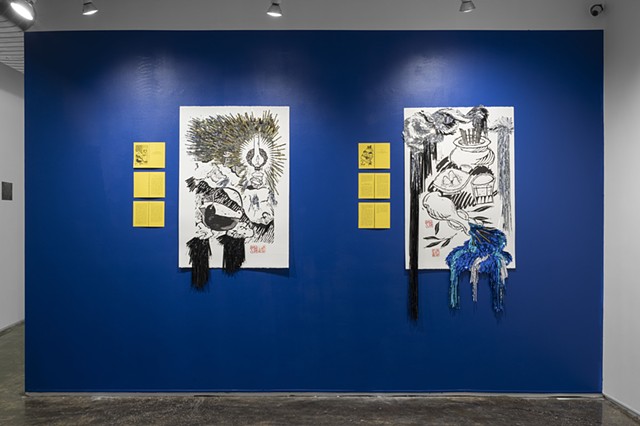 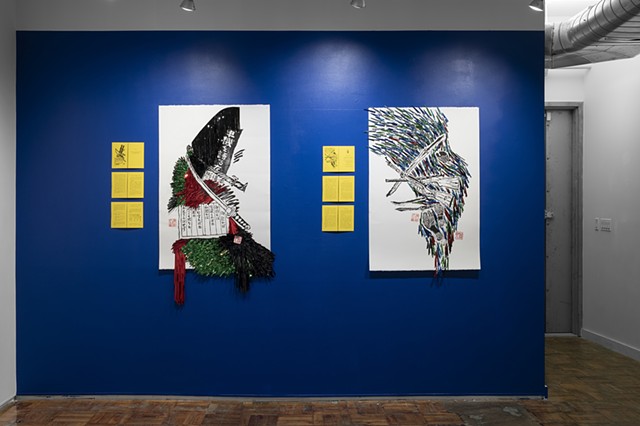 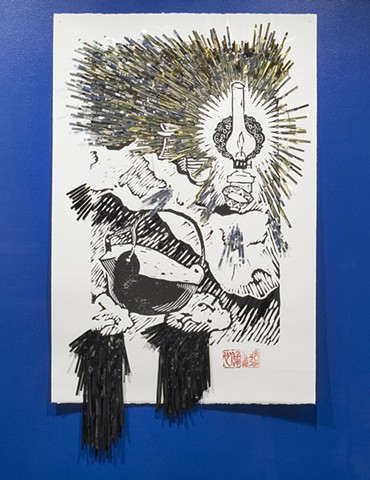 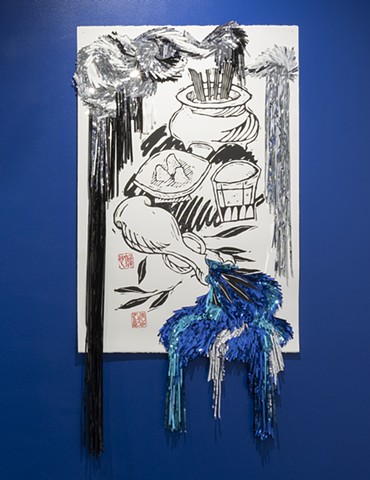 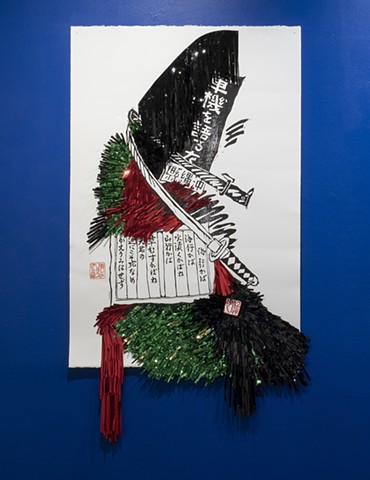 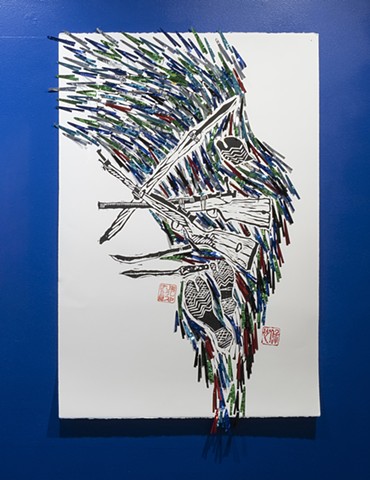 "TC-1" represents an interdisciplinary exploration of the ancestral history to Okinawa, Japan: my birthplace and the site of the final battle of World War II. The title of the exhibition, TC-1, refers to the typhoon condition ranking used by the US military stationed on the island to signal when it’s no longer safe to go outside. This project creates collaborations between generations, histories, and time by reinterpreting a group of woodblock prints originally created by my father, Jose Rodriguez, in 1987. Initially carved for the publication “Okinawa’s Tragedy: Sketches from the Last Battle of WWII” by William T. Randall, these prints illustrate local accounts of the famous Battle of Okinawa. Referred to as “typhoon of steel,” the battle, which began on April 1st, 1945 between US and Japanese forces and raged for 81 days, claimed an estimated 100,000-140,000 civilian casualties from the then 300,000 Okinawan population and changed the course of history on the Ryukyu archipelago forever. These works are accompanied by video and audio pieces, sourced during a 2017 visit to Okinawa, and ceremonies carried out with family. Through this work I explore familial and personal histories in conjunction with the historical events that greatly impacted not only her family history, but world history.